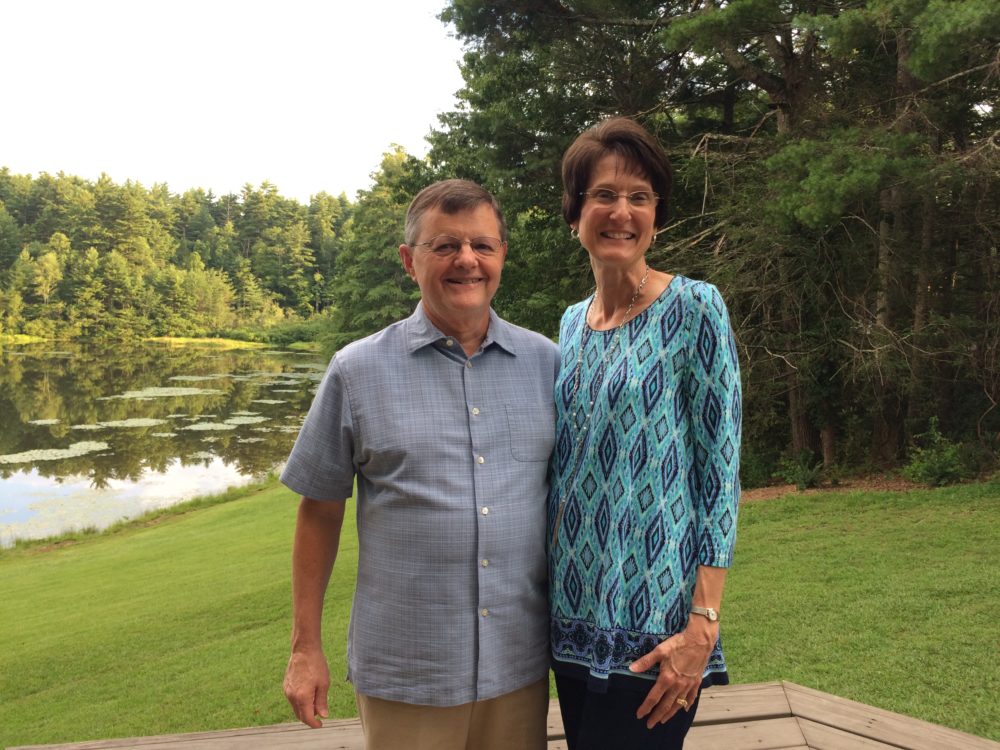 They wanted to give more – and give thoughtfully. But year-end was quickly approaching and Steve and Terri Damon thought they were out of options and would just have to sit on their cash until they could figure it out. Then their financial advisor Scott Phelan, senior vice president of wealth management at Morgan Stanley, presented an option that intrigued them.

Terri recalls being at the Good2Give Celebration and hearing Britt talk about the various stages in a fundholder’s journey.

“We are in the first stage, the Explorer stage. We give and know where we’ve given in the past but we want to learn more about other organizations in Gwinnett that might touch our hearts and be of interest to us,” Terri said.

That was part of the reason they decided to open a fund at the Community Foundation in September 2019.

“We chose the Community Foundation over the other foundation for a couple reasons,” Steve said. “One being that we liked that it was local and we could see where our funds are going. It’s neat to be able to make a difference in the community you’re living in.

“We also liked the fact that Britt was willing to meet with us and take us on field trips to learn more about organizations. Just her willingness to explore opportunities that might match our giving desires impressed us, plus the fact that the Community Foundation has a wealth of knowledge about community issues and nonprofits that we don’t have.”

The Damons moved to Gwinnett in 1982 from Ohio and have been here ever since. Before retiring, Steve was a plant manager for Toto USA and Terri was an accountant for a local accounting firm. Giving has been part of their lives since day one of their marriage.

“We believe in giving, as the Bible calls us to, and over the years we’ve gone from ‘This is what the Bible says to give’ to increasing our giving as we could. As we’ve grown spiritually, we’ve given more because it’s what our hearts want to do,” Terri said.

As members of Grace Fellowship Church in Snellville, the Damons love supporting their church and also giving to other areas as they see needs.

“We’ve gone on missions trips and are active in a couples Bible study,” Steve said. “I also work with 7th grade boys in our church’s middle school youth group. Terri also loves to knit and does knitting for charity projects. Together we’ve also helped with some Habitat for Humanity builds.

“Not long after we opened our fund, we learned about Eagle Ranch in Flowery Branch. Steve had gone to an event there and brought home a book about the ranch, which I read in two days. We both agreed it would be neat to support them so we got online and quickly made a gift through the Community Foundation. It’s a joy to be able to respond quickly to something that touches our hearts.

“We’re looking forward to learning about more nonprofits in our area and how we can help them as part of our fundholder journey.”

To discover more about giving through the Community Foundation, visit www.cfneg.org/howitworks.

Leaving a legacy may not be a priority for some

Fundholders at the Community Foundation, Buzz and Cathy Loew have

Our annual Finding Scholarship Dollars for College event is one