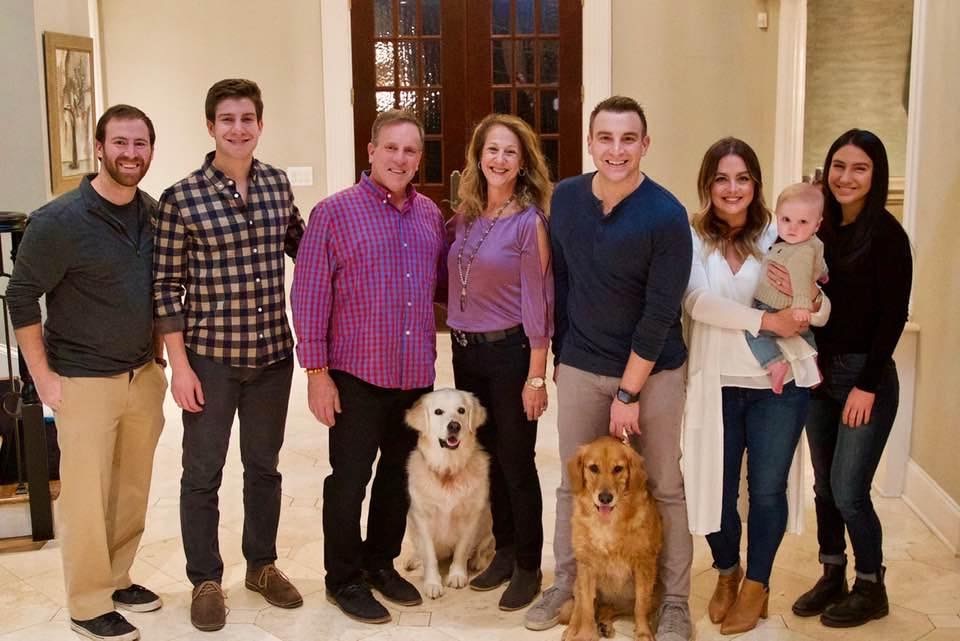 It started with a song. A song written for their daughter on her 21st birthday…composed in a basement on a hot July day in Georgia, in the middle of a global pandemic. But while the words were new and fresh, the story behind them was years in the making.

It goes back to Ruth Falkenstein’s story. As a teen she struggled with a serious eating disorder. It became a struggle that followed her throughout dating, marriage and becoming a mom of four. Eventually, as she overcame her struggle, her daughter Emily started her own journey battling an eating disorder.

Throughout all the years of pain, overcoming, showing courage, learning acceptance and more, David, Ruth’s husband, was by her side, supporting her – and then Emily. A musician as well as founding principal of Keystone Benefit Group, David felt a need to help. He wanted to use his talents to recognize what his wife and daughter endured – and to help others battling eating disorders and body image challenges.

“While so much music is written to promote the artist or a label or a company, I felt I could try to do something different, to write a song solely to benefit others, to benefit support organizations that help those that struggle with these issues. I wanted to create a song of healing, of self love, of acceptance,” David said.

David channeled his inspiration and experiences supporting his wife and daughter into writing “I Found Myself.”

“It is a song of hope, of strength, of confidence, of overcoming eating disorders, mental illness, body shaming – and for those that find a sense of belonging to be so difficult,” David said. “I believe in the power of music to deliver a message that can permeate into our conscience beyond the walls we create, and it can affect thinking and cause reactions, unlike no other medium.”

While the Falkensteins knew the song could be powerful by itself, they wanted its impact to go much deeper.

“We received requests to sell the song to a variety of agencies and artists, including a movie producer and other agencies that represent a few A-list artists,” David said. “Rather, we chose to retain ownership of the song, record our own master, and retain our own production team and promotion team so that we could retain control of the song and its related revenue. We want all profit from this song and the related video to go solely to organizations that help people with body image challenges and eating disorders.”

Knowing they wanted all profit to be donated, David and Ruth knew they needed to find the best way to make that happen.

“We were talking to some of our closest friends, Aaron and Jan Lupuloff, about wanting to set up a family foundation and how we had a prior relationship with another community foundation but didn’t feel like there was much personal engagement. Aaron, who is the executive director of the Gwinnett County Public Schools Foundation, recommended the Community Foundation for Northeast Georgia. He connected us to their CEO Randy Redner, who immediately contacted us and just a few days later stopped by our house, on a weekend, to help get our foundation set up.”

As the Falkensteins began working with the Community Foundation’s team on the “I Found Myself Foundation”, they quickly realized they had made the right choice.

“Working with the Community Foundation has been phenomenal. Randy, Britt [Ramroop, Director of Fundholder Experience] and Margaret [Bugbee, CFO] have really dug in. Britt’s been doing a lot of research on beneficiary organizations that we want the funds to go to from the foundation. She’s even been doing the due diligence on them, contacting them, getting information, even negotiating a sponsorship arrangement with one of the largest associations in the country for supporting those with mental illness. She has gone way beyond anything we expected. We thought that was the work we were going to have to do! That was not in any way the experience we had with the other community foundation we had worked with.

“The difference has been a very personal, engaging, collaborative effort to not only set up the foundation but also to find ways to expand its purpose. And that’s been one of the most amazing things. Not only the fact that the Community Foundation is managing the I Found Myself Foundation but they’re also actually embracing the purpose and creating more meaning and opportunity for it.”

For both David and Ruth, giving back is something they saw modeled from an early age.

“We both grew up in families where our parents were philanthropic and emphasized giving back to the community in any way you can,” Ruth said. “Sometimes that meant giving time. Like for us, when we were younger and didn’t have much money, we volunteered. Now we’re in a different position and when we saw the opportunities this song was presenting David and I both said we needed to use it to help others.

“Forty-some years ago, when I was suffering from an eating disorder there weren’t any resources. There weren’t any therapy or groups or people to help. So when I was able to get involved in the groups and resources that eventually came along, it really made me want to give back. It’s become our passion.

“And to go back to what David said, the people at the Community Foundation really made it easy for us to put the process in place. We had no idea what it was going to look like and it’s been a seamless, easy process.”

To learn more about the song, listen to the recording by the Superstones, watch the music video, or donate, visit www.ifoundmyselfmusic.com.

Mothers and Daughters Against Cancer is accepting grant applications for

We’re excited to announce the addition of 12 new board

What You Will Learn in this Free Webinar: Expectations for