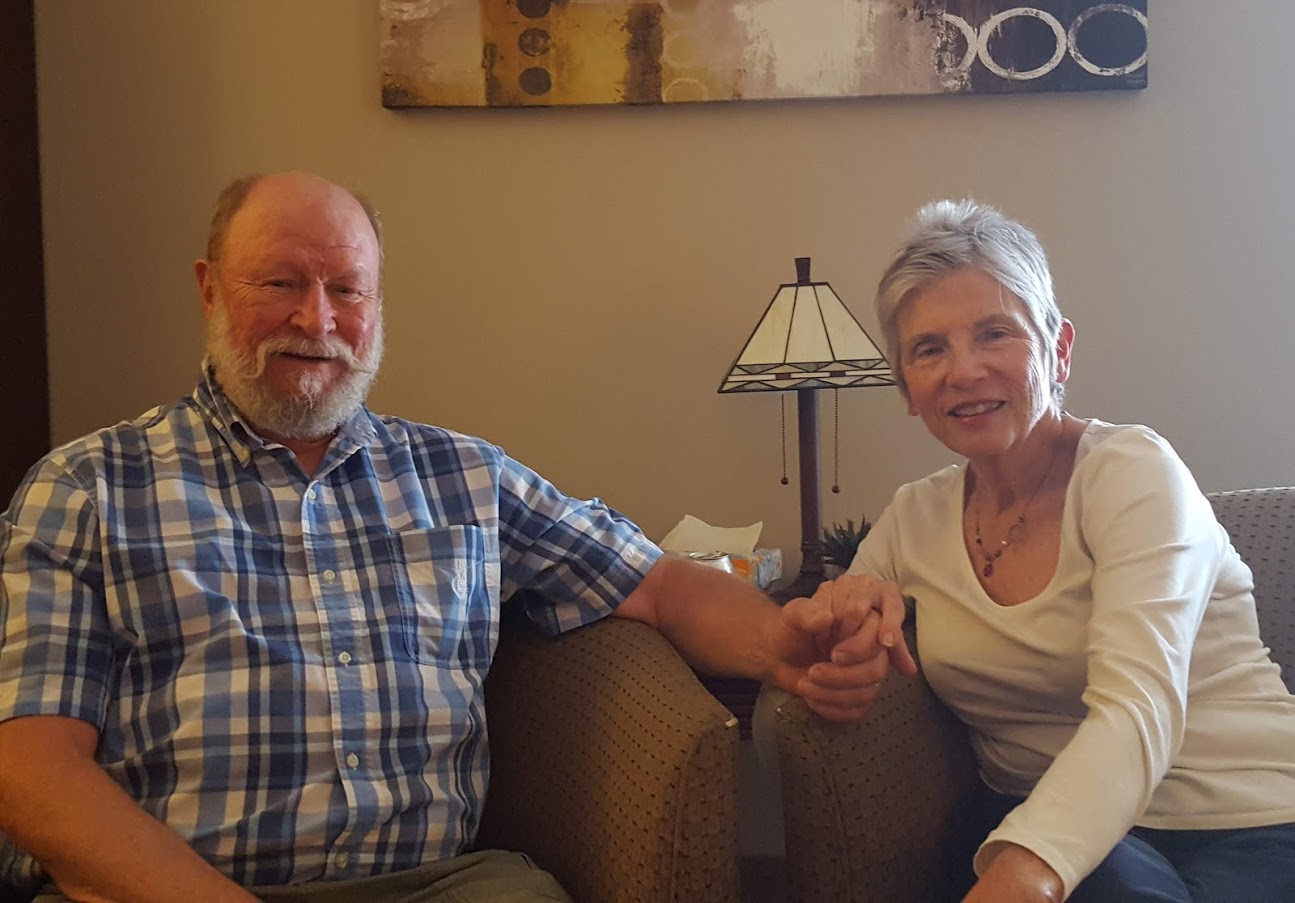 It’s all about the connections. When Ray and Cathy Nelmes decided to become more intentional about their giving, their financial advisor Adam Wilson, a partner at Sugarloaf Wealth Management, connected them to the Community Foundation. Ray had just retired from Primerica after a 30+ year career in IT and the timing was right.

“We got to a point in our lives where it made sense for us, especially after Ray left Primerica, to pass along money while we could, in the direction we wanted to, while we’re alive.” Cathy Nelmes said. “We don’t have children or anyone dependent on us so when Adam presented this opportunity [with the Community Foundation] to us it really made sense in all sorts of ways.”

Adam had been working with the Nelmes to finalize their financial plan and during one meeting the conversation turned to tax planning.

“We discussed certain charitable deductions that they had over the last few years. Ray is a smart guy and one of his positions that they held in their brokerage had a significant capital gain. It was then that I brought up the idea of the donor advised fund and using that stock to fulfill their future giving needs instead of cash they were currently using.  After I explained it, Ray asked ‘Is this legal?’,” Adam laughed. “We really didn’t do anything fancy. They were already giving the money. We just changed the source which helped them avoid capital gains. They win and the charity wins!”

The Nelmes opened their donor advised fund in November of 2018 and then connected with Britt Ramroop, the Community Foundation’s director of fundholder experience. Having someone to guide them through their giving journey has been invaluable.

“When we hear of something we’d like to donate to, we just ask Britt to make it happen and she does,” Cathy said.

There are also times they have a cause they want to give to, but aren’t sure of the best nonprofit connected to that cause. So they turn to Britt.

“We love that when we have an idea and ask Britt she’ll say ‘Well, that’s a great area you’re considering and I have a recommendation or two that might be a better fit for your giving’. That’s just a wonderful service we’re receiving from the Community Foundation,” Ray said. “We really like that they know the nonprofits, check their credentials and are careful about where donations go. We also love that we are giving to many local organizations. It just really makes sense to give through the Community Foundation.”

The Nelmes named their fund the Nine Elms Fund, after the original Nelmes homestead in England which had nine elm trees on it and was known as the House of Nine Elmes.

“Of course, that name over time was contracted to Nelmes,” Ray said. “So it’s a bit of our family history.”

The Nelmes have also included the Community Foundation in their will as part of their estate planning.

“Our families are comfortable financially so it made sense to ensure our giving would continue after we’re gone,” Ray said.

“Giving through the Community Foundation has been so easy. Plus we love the tax benefits. The fact that we can donate appreciated stock directly to the foundation and they can sell it so we don’t have to pay capital gains taxes and the money goes to a good cause is such a win/win. It makes us happy to have such a convenient way to give,” Ray said.

Along with their philanthropic interests, the Nelmes also love to travel, garden (Cathy is a member of the Norcross Garden Club), make new friends around their home in downtown Duluth, volunteer at the Norcross Co-op, attend Gwinnett Church and enjoy the great outdoors.

“When I moved here from Washington State to work at Primerica, I originally intended to be here a few years,” Ray said. “I think it’s safe to say we’re here to stay!”

Are you interesting learning more about donor advised funds or other ways to give through the Community Foundation? Contact Randy Redner at 770-813-8834 or rredner@cfneg.org.

Masks for our health care professionals, first responders, and non-profit

While these may be uncertain times, one thing we know