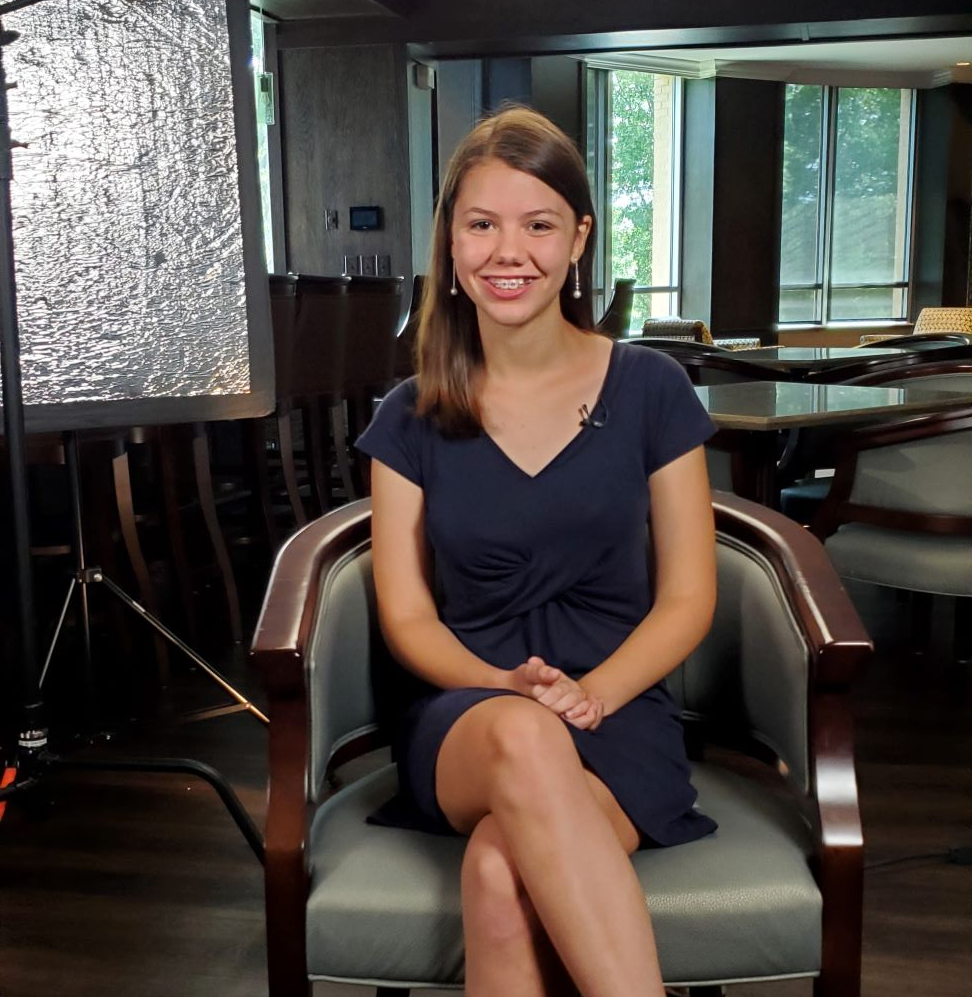 Fundholders at the Community Foundation, Buzz and Cathy Loew have three children. Earlier in the pandemic, their younger daughter wanted to do something for her community. Here’s how she helped, in her and her mom’s own words.

“I go to a title one school where over 60 percent of the kids are on free and reduced lunch. These are kids that I learn with and that I talk with that could possibly be going hungry.

I wanted to make sure to try to give back as much as I could to food pantries and causes that were feeding kids in our community. So what I started to do was I posted on Nextdoor: ‘put cans out in a bag and I will come around and collect them’. 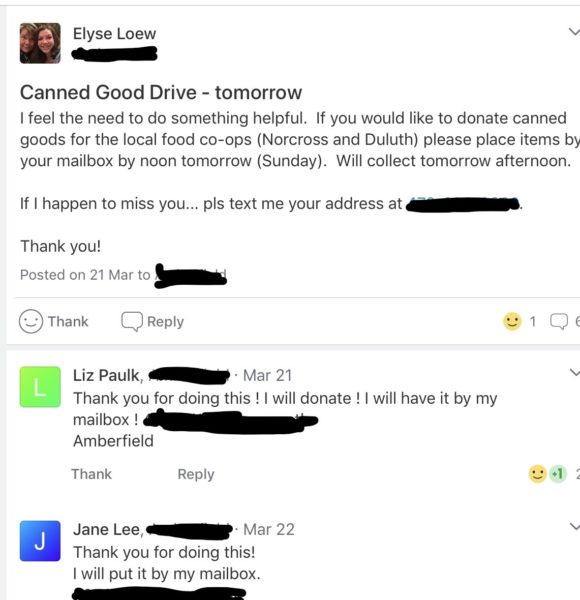 Then I convinced my older sister to drive me around so I could collect cans and put them in the trunk and then we could take them to the food bank. “

“My then-fourteen year-old kept telling me she was bored.  I said ‘have a canned group drive’  and she did.  She posted the request on Nextdoor and asked people to place canned goods by their mailboxes.  She and her 22 year-old sister collected them.  I then asked her older sister to deliver them to Hands of Christ.  Before this, she had been utterly devastated she could not complete her senior year in-person at Clemson.  When she saw the long lines of people collecting food – she changed her mindset. The neighborhood focus was so effective it mushroomed into a trailer collection for two months at Piedmont Bank.  That resulted in truckloads of food for the Norcross Co-Op. ” Cathy Loew 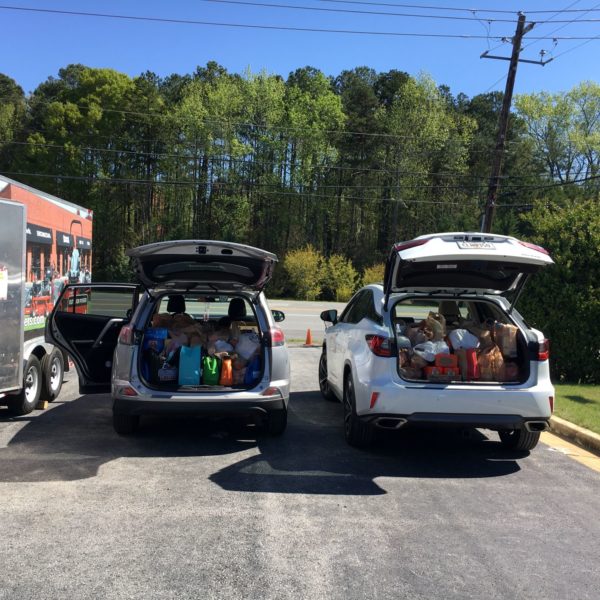 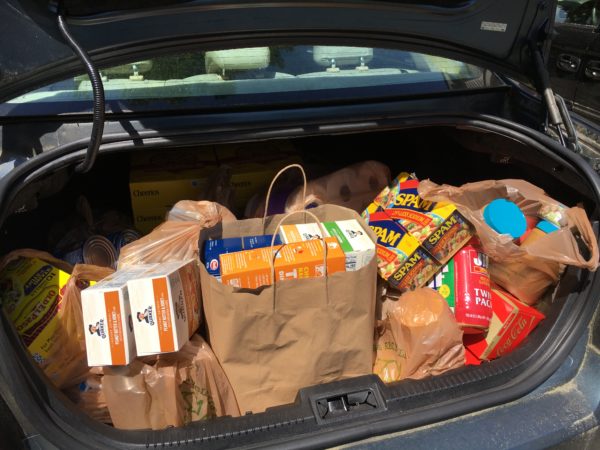 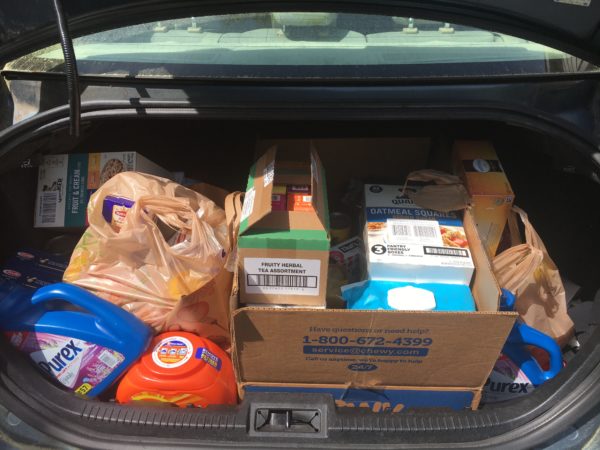 Meet the guys behind our newest nonprofit fundholder   Some

Didn’t get a chance to listen to our new podcast